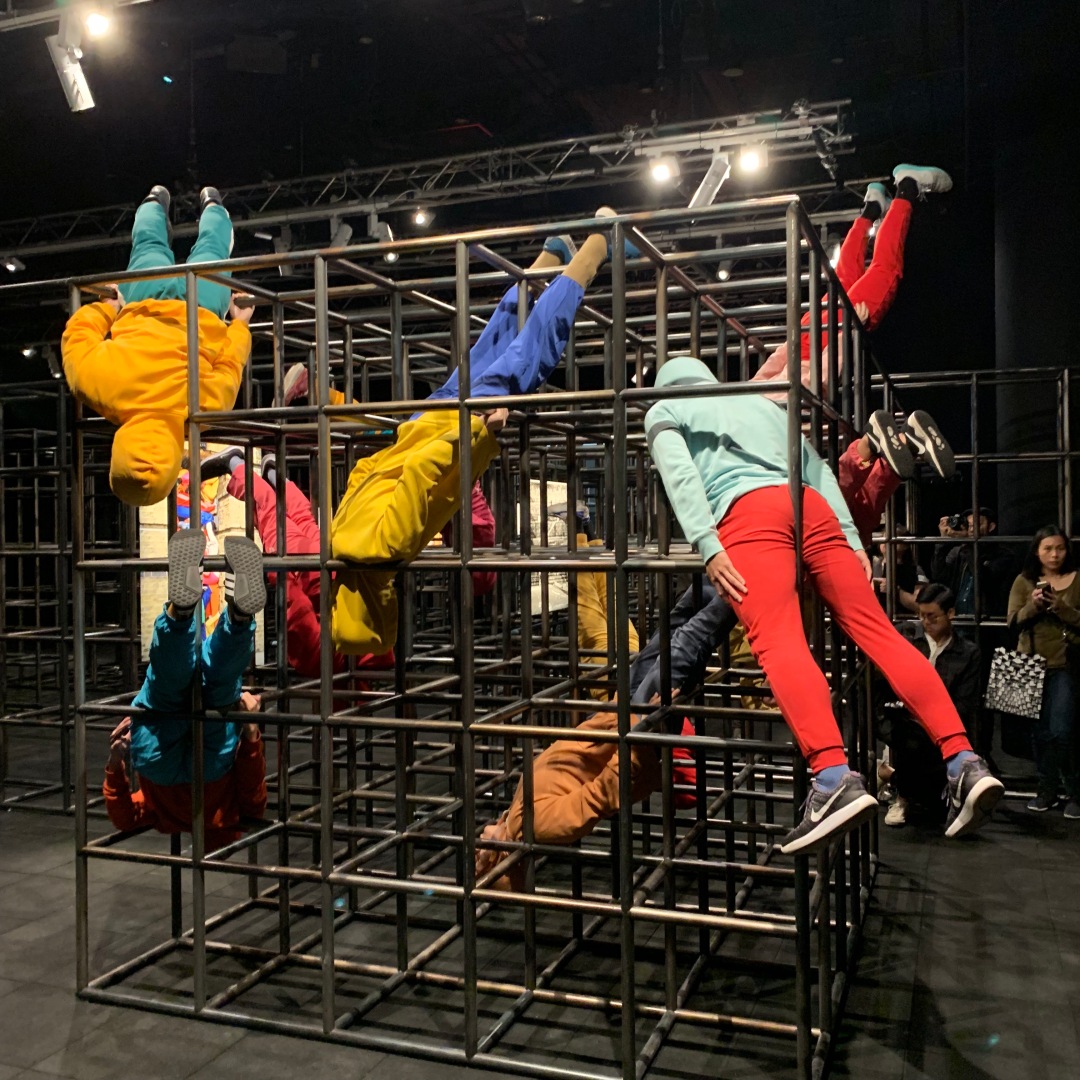 Creating an interactive experience for visitors to explore through mediums including photography and performing arts, the exhibition was a natural fit for the curator, Pauline Foessel. “Both their work is ephemeral,” said Foessel, noting that street art is often fleeting.

Kickstarting the physicality of Urban Playgrounds is the maze designed by L’Atlas. Located inside ArtisTree, on the walls of the maze hang Hearing Canvas, the street photos he has taken around the world of his stylized logo.

“It’s a metaphor of the world,” said L’Atlas. You’re walking in the world and you see my pictures [which is] the way I see the world.”

For Willi Dorner, the shapes and contours of a city’s architecture provide the constraints for where his street performances can take place.

The exhibition takes place at ArtisTree, in other locations around Taikoo Place and on the street. Ten Hong Kong performers wearing colourful outfits led the audience on a route that pulled in every which way – mirroring a journey through a maze. Throughout Taikoo Place, the performers folded their bodies into multiple layers and squeezed into different structures, like a window, door, or corner of the commercial complex. They contrasted with the buildings where “the architecture is always black, brown, or gray,” said Dorner.

The anonymous performers intentionally mirrored the city’s surroundings, where inhabitants often become anonymous or even invisible to each other. Stacking performers atop each other reflected the reality of Hong Kong living. “It is exciting to be in Hong Kong, as it is so highly dense and populated. How do people fit into the structures?” Dorner asked.

Navigating the space in Taikoo Place was a challenge for the choreographer of Dorner’s live performances. The indoor space presented the limitations of glass and metal surfaces, which are not easy to climb.

“We were given a clear setting for where we could work,” said Esther Steinkogler, Dorner’s choreographer. Agreeing upon a route became a negotiation between the performers and the property manager.

The venue attracted a different and potentially wider audience. “I think we will have a lot of people passing us by chance on their lunch hour every day,” said Steinkogler.