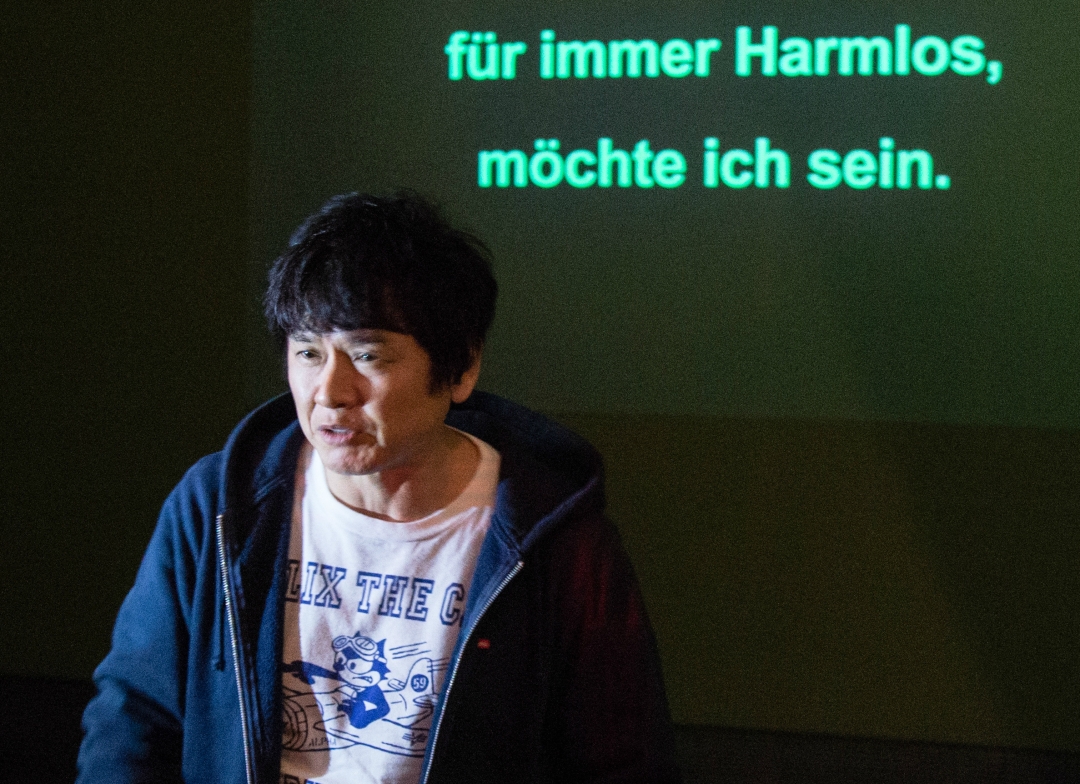 Smart and casual: Nara looks for meaning and pleasure

Dressed in a Felix the Cat shirt, Yoshitomo Nara cuts a casual figure at the launch of his first major solo exhibition in Hong Kong. But there’s nothing casual about the work on show at the Asia Society Hong Kong Centre in Admiralty. Featuring his trademark provocative images of girls and snow-white puppies, the exhibition, which runs until late July, is named Life is Only One. The name comes from one of the paintings, which depicts an innocent-looking girl holding a human skull. The philosophy of life and death is always a tricky subject for artists. If life is only one, will there be a reincarnation? Nara’s view is coloured by personal experience. When he was 22, the artist’s mother told him she had been pregnant with a baby girl, who was stillborn about two years before his birth. “Suddenly, it dawned on me that maybe this is why within me I had a feminine side and I can probably understand girls’ mind,” he says. Unlike most other boys, the young Nara was drawn to flowers and other beautiful objects. “When she told me the story, everything seemed to make sense to me.”

Nara’s Hong Kong exhibition brings together the best of Nara’s work from the past 20 years, featuring sketches, photos and mixed media installations. There are three new paintings, 17 new drawings and some puppy sculptures created specially for this show. “I’m very glad to have this optimal size of exhibition”, Nara says of his relatively compact venue. “We were able to select the best pieces that reflect the essence of my work.” But the question the art market will ask is: what’s new? Nara says it has been tough since the earthquake four years ago that brought devastation to his homeland. He even stopped creating for a while, such was the shock. The death of his father the same year also led him to contemplate weighty topics like eternity and transcendentalism. “I realized that how self-centered I was,” says Nara. “Maybe I enjoyed too much freedom. I used to do whatever my emotion drove me to do.” During the summer of 2011, Nara visited his old university and worked with students in the studio, which helped him pick up his pen again. “All the scenery, the things I saw were those I’m familiar with. It’s like I did time travel and went back to the old days. Basically, I didn’t have my current self, I became my old self.” Nara says. Now aged 55, he is aware that he is more than half way through his life. Now he wants to have fun, enjoy life and try to create something more meaningful to share with others. He tells of his childhood in the north of Japan, when he recalls being captivated by the pure and complicated snow-dusted landscape. “During the wintertime, everything is covered in snow. It’s all white,“ he says. “Those beautiful things and dirty, ugly things.”